We completed the Kaleidoscope India Camp successfully online in May 2020 this year. The amazing energy and feedback we got from this camp helped us open our wings and soar. And soar we did by going global for the first time. The journey started when few parents who had heard of our India camp were mighty impressed and started enquiring if something similar can be done for their children staying abroad. Bahrain students have summer break during the first week of July and we got requests from Parents to do this camp during this break. Our preparations began immediately. This time our destination was Bahrain.

Kaleidoscope Bahrain was a 5 days camp that covered 5 activities, 3 of which were arranged throughout the day. The Bahrain workshop was tweaked to the interest of our Bahraini kiddos. The activities included were Aero modelling, Japanese as foreign language, Know the Nature(Wildlife and Conservation), Origami and Star Gazing. Our Aero modelling expert Mr. Rochan Kulkarni has been an Aero-modelling instructor at Air Force Training Team, NDA. He is associated with Schools and Colleges for publicity campaigns under Pune University quality improvement program. Has a personal collection of more than 200 fighter aircraft miniature models. At Kaleidoscope Bahrain Camp, he taught the children the basics of flight, parts of an aeroplane and also taught them how to make 4 types of paper plans that can be launched and flown at home. He gave a virtual tour of models of different types of airplanes used by Indian Airforce and told war stories. After excellent feedback and participation from the Indian champs he shared his knowledge and expertise with the Bahraini kiddos and made them fall in love with Aeromodelling. By the end of the camp the children were hooked and did not want the camp to end. 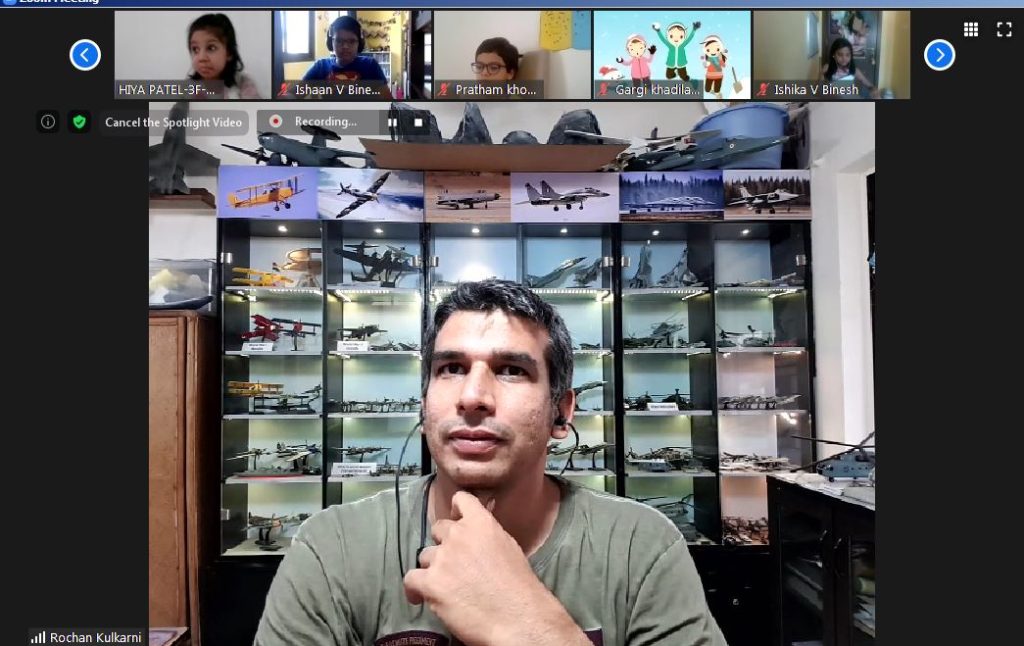 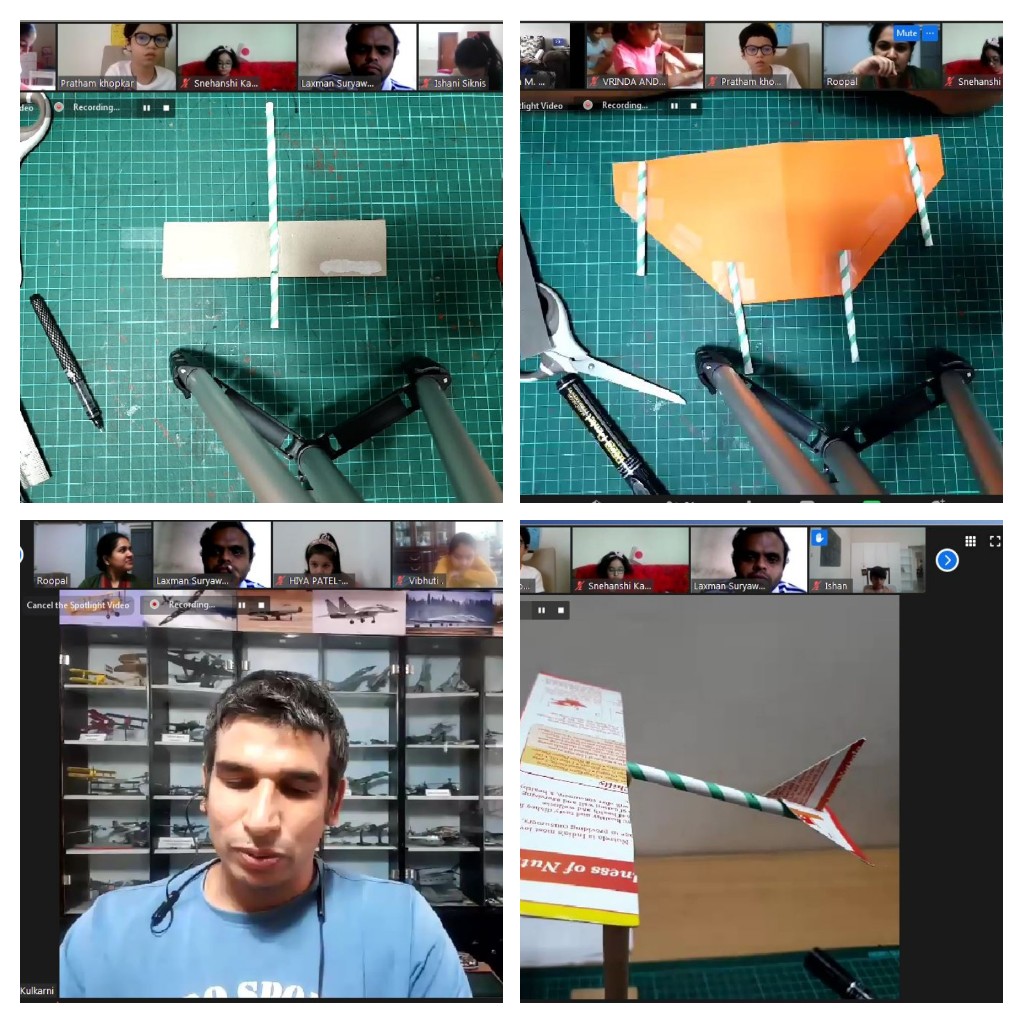 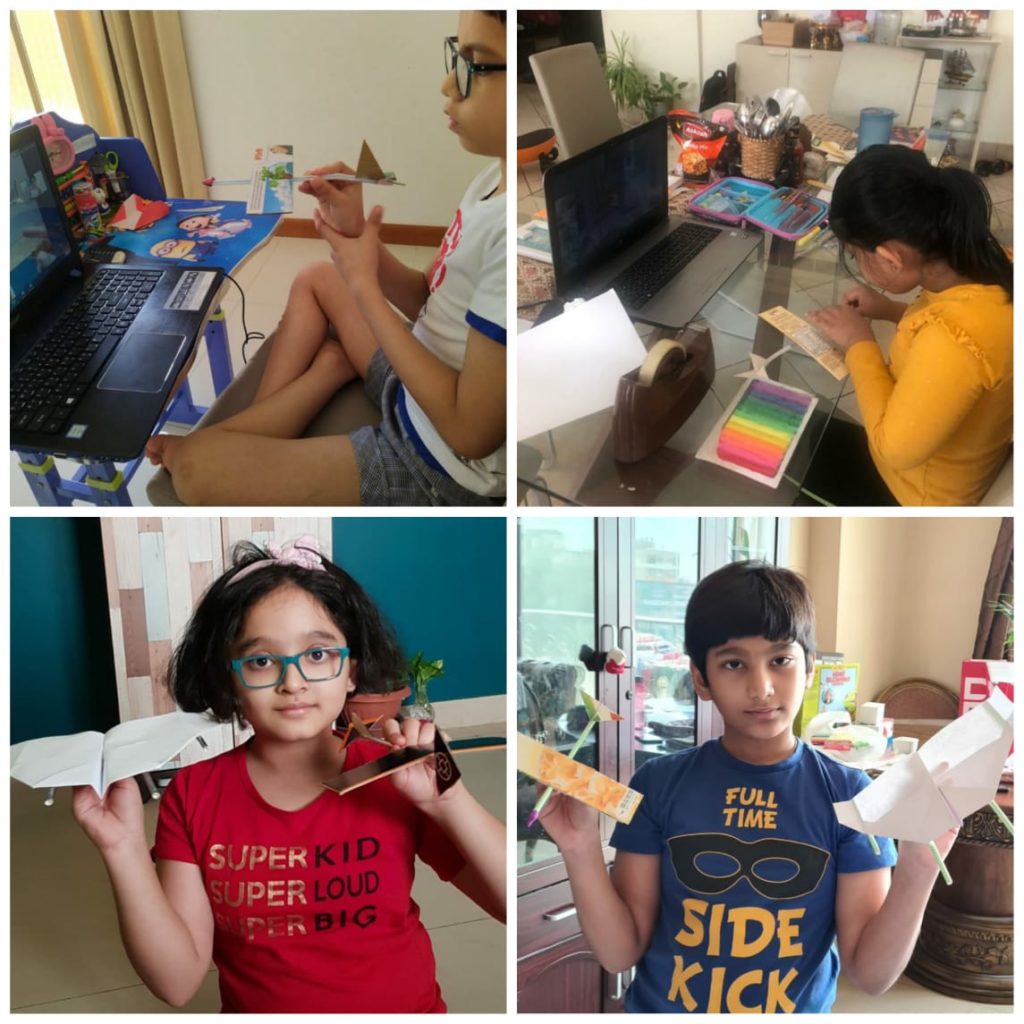 The Japanese Learning Workshop was conducted by Ms. Mayuri Kulkarni who also taught in the India version. She introduced our Bahraini kids to Japan/Japanese by teaching them the Japanese greetings, Days of the week, Numbers 1 to 100, Body parts, Colors, Rhymes along with basic self introduction. A few songs, treasure hunts and conversations later the Bahraini children enjoyed learning this new language and showed potential to take it further. 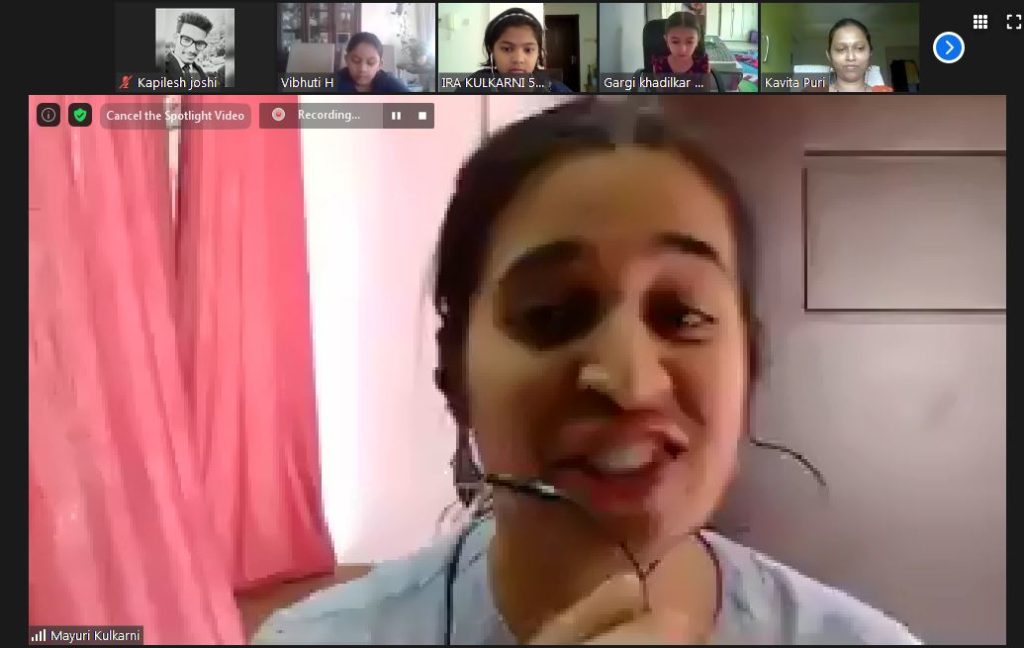 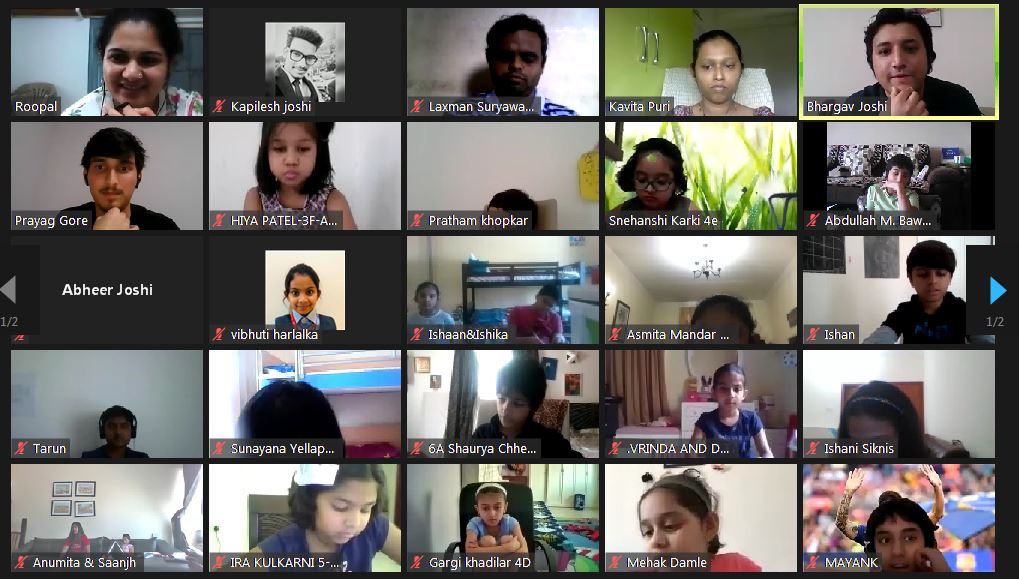 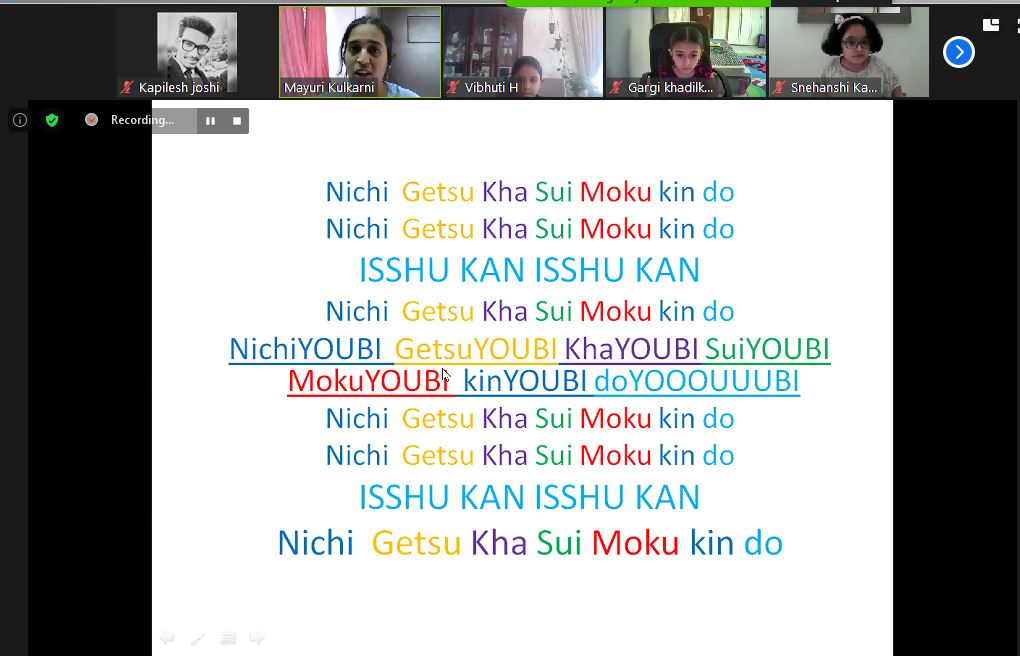 Our  Know The Nature (Wildlife and Conservation) session expert Mr. Anuj Khare who has been working in the field of Wildlife for more than 20 years and has delivered more than 400 lectures on Wildlife along with various talks on Akashwani, Pune. He writes relevant articles in Sakal, Maharashtra Times and other print Media’s. A Honorary Wildlife Warden of Pune , Member of Maharashtra Eco Tourism Board, Govt of Maharashtra, Director of Nature Walk-an organization working in the field of Wildlife Education and advisor to many like-minded organizations working in the field of Wildlife, guided our children on the Wildlife in Deep Forests as well as Wildlife Around Us in our India version. He replicated this knowledge sharing with our Bahrain kiddos too. He inculcated values of Nature Conservation along with introduction to hobbies related to Nature. The children thoroughly enjoyed his sessions and were left wanting for more. 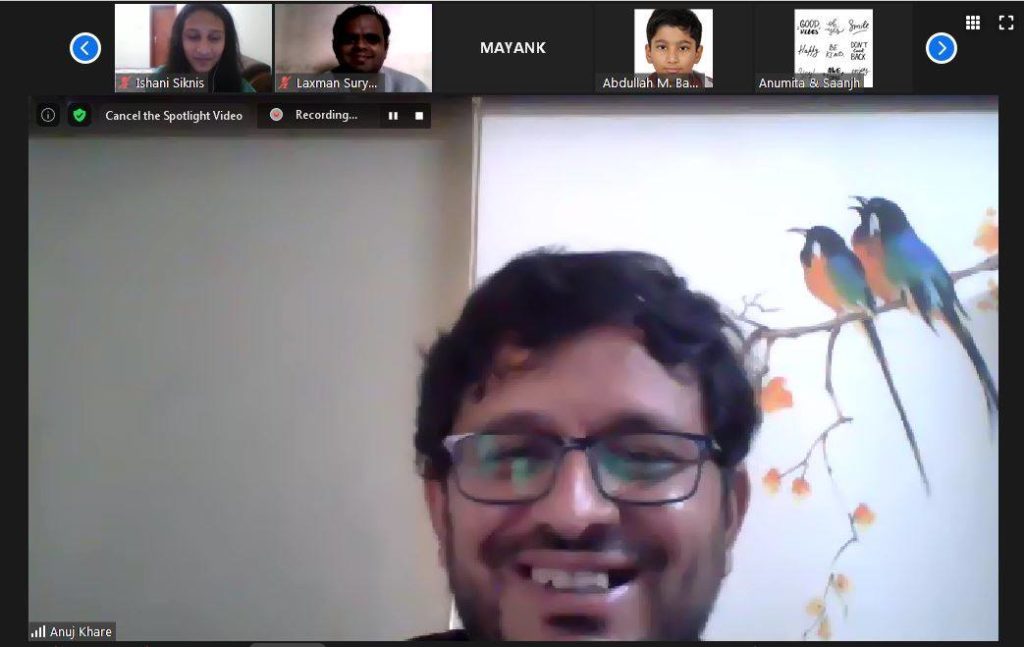 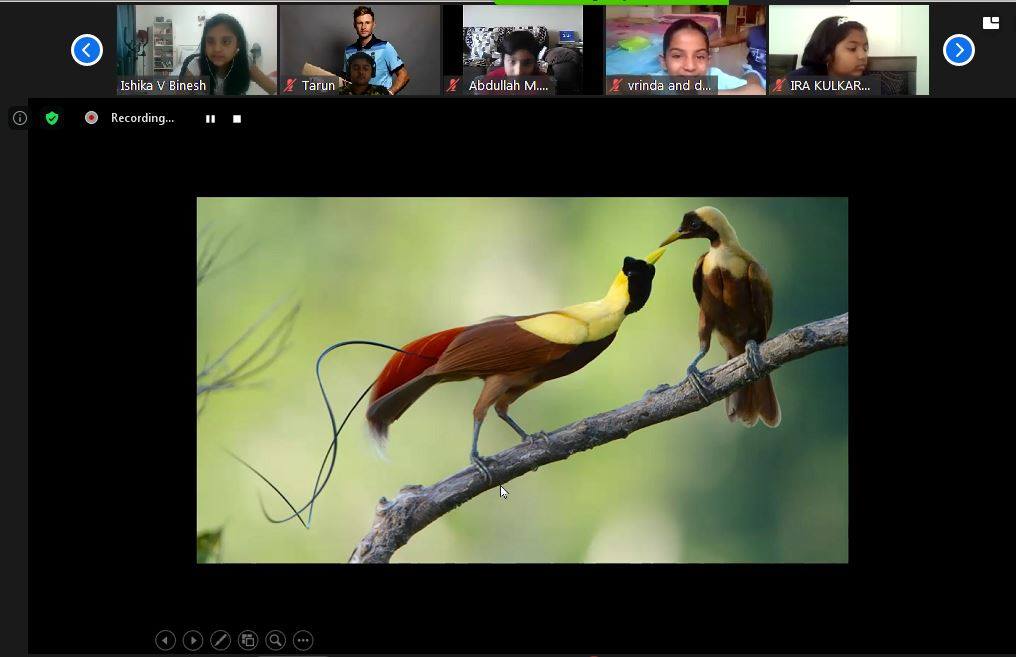 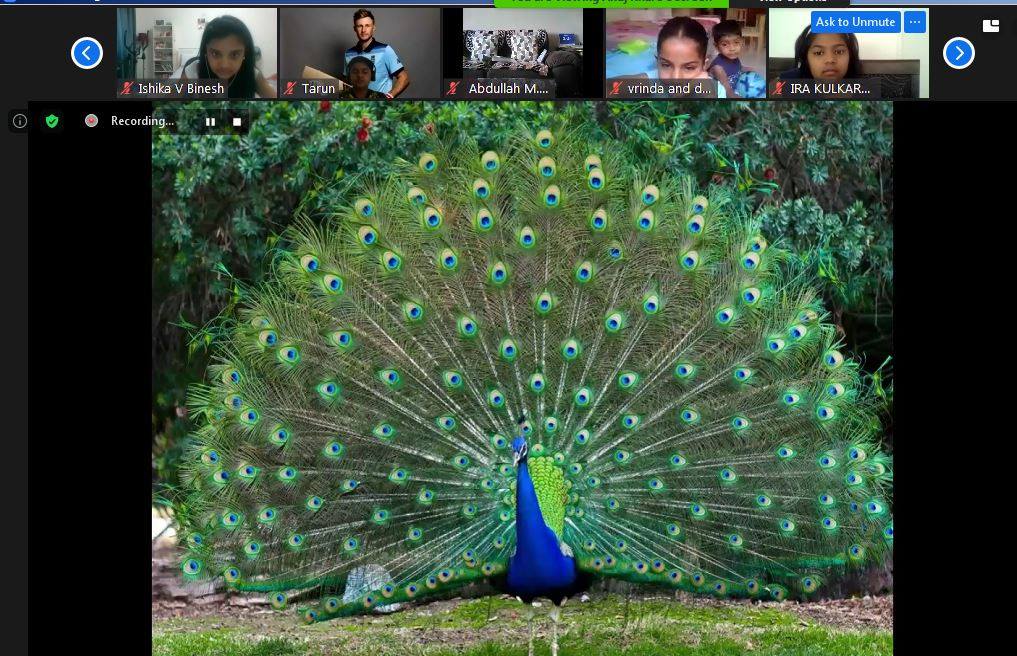 The Origami Workshop was conducted by Mr.Makrand Bapat who has been involved with the Origami art for around 25 years. He is associated with Origami Mitra (Group for origami lovers in India) and has participated in various Origami exhibitions held till date. He taught the children 6 models (2 each day) using Origami, Japanese paper folding art. He taught how to create beautiful Origami objects and decorate environment with paper. His sessions we delightful and the kids enjoyed this new art. 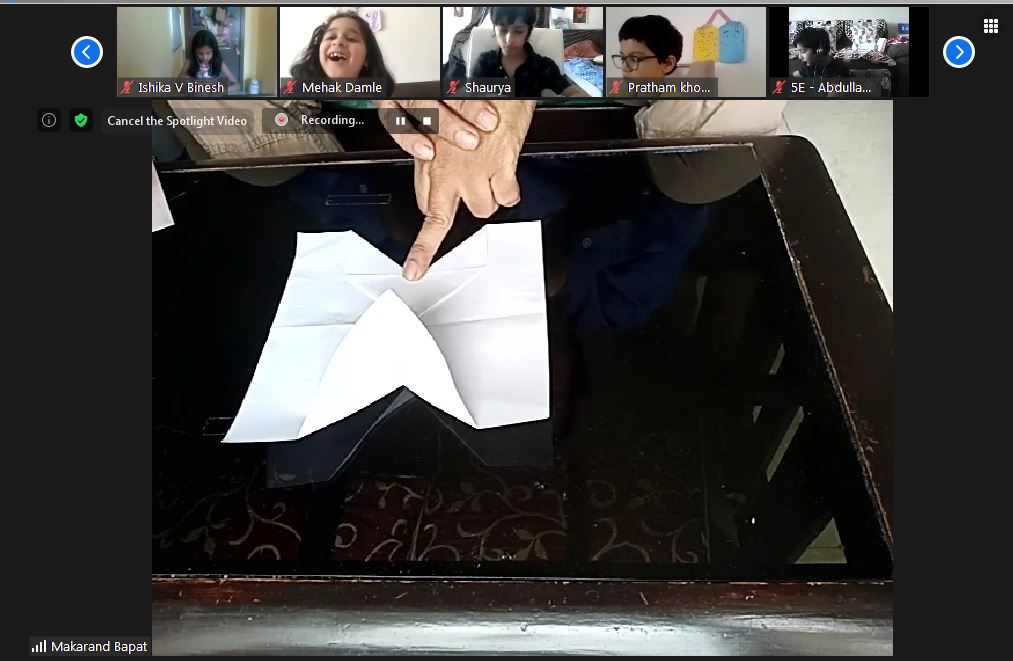 We also conducted Star Gazing sessions which were lead by Mr. Prayag Gore and Mr.Bhargav Joshi. Both of them are graduates in Mechanical Engineering from Modern College of Engineering, Pune. Both are associated with Jyotirvidya Parisanstha as volunteers from the past few years. They introduced the children to Astronomy and provided directions and definitions to its various terms. They taught the children about the Moon and its phases. They also shared Information about Planets (Mars, Venus, Jupiter, Saturn), Constellations (Orion, Canis Major and Minor, Auriga, Perseus, Cassiopeia). They shared Mythological stories and talked about Deep sky objects (Orion’s Nebula, Andromeda Galaxy, Star Clusters, Whirlpool Galaxy). They gave a Solar Eclipse Demonstration followed by Q & A Session. All these enlightening sessions were conducted with the help of Stellarium software and succeeded in leaving the children enthralled. 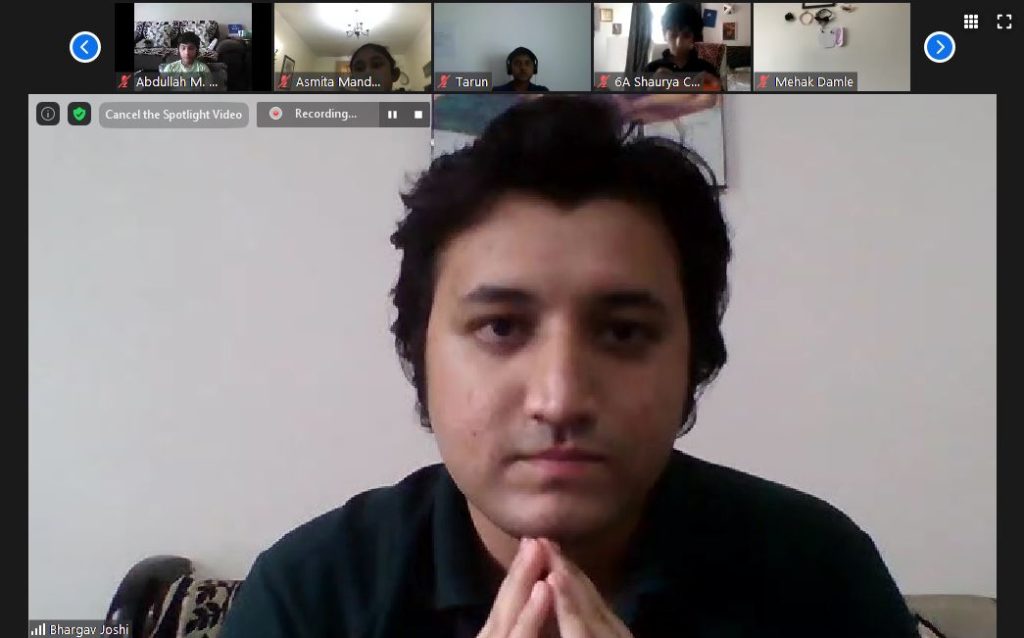 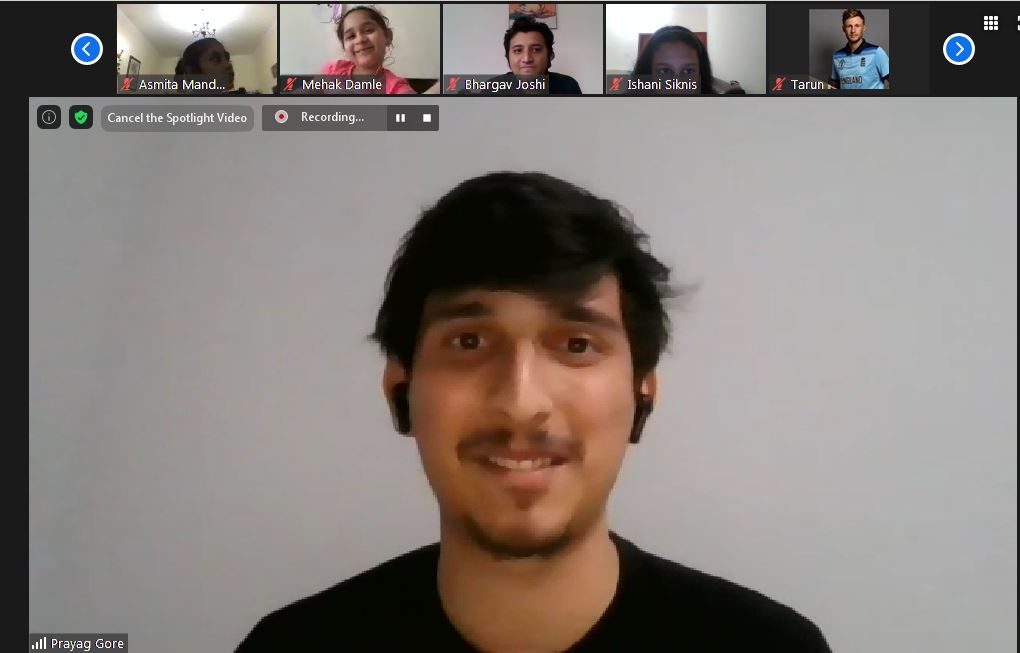 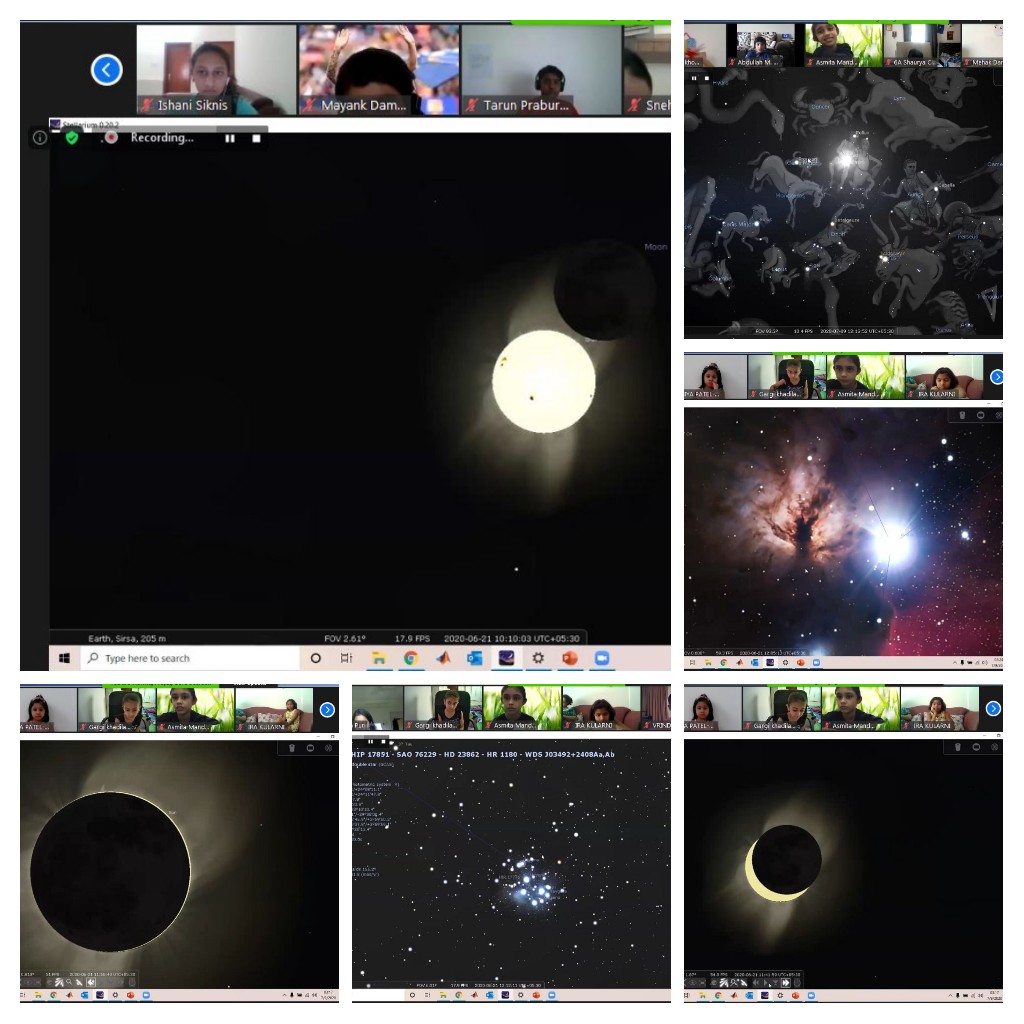 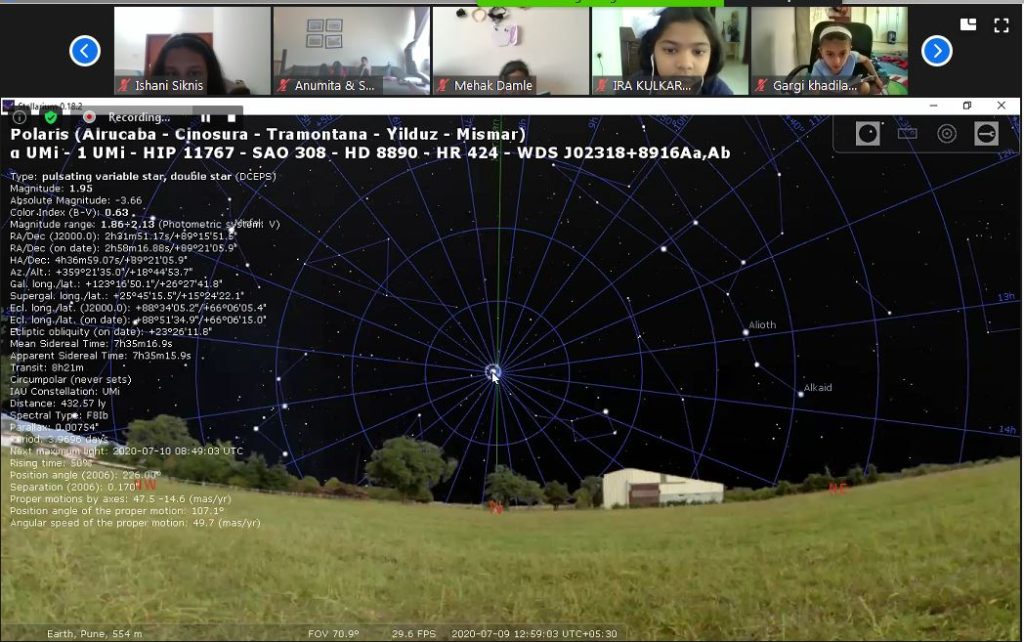 With 21 participants, 6 experts, 5 days and numerous people working really hard in the background we managed to successfully pull off another colourful, educative, informative yet fun Kaleidoscope. It was a real treat to read about the amazing feedback we got for all the hard work. Kaleidoscope Bahrain version ended with us making some new friends. The parents, participants and experts everyone involved helped make this event a memorable one. We bid goodbyes with heavy hearts but with promises of meeting again next year with something new, something fun. Adios until the next time! 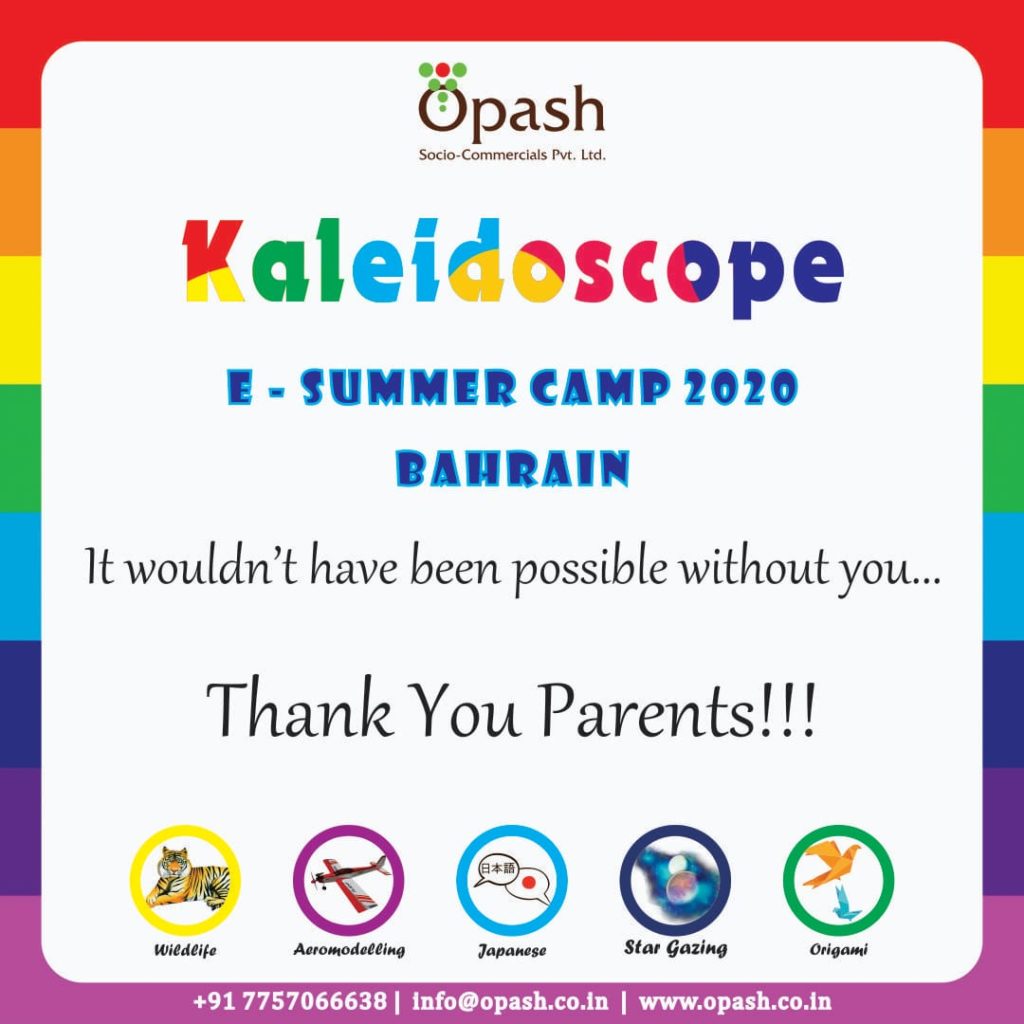